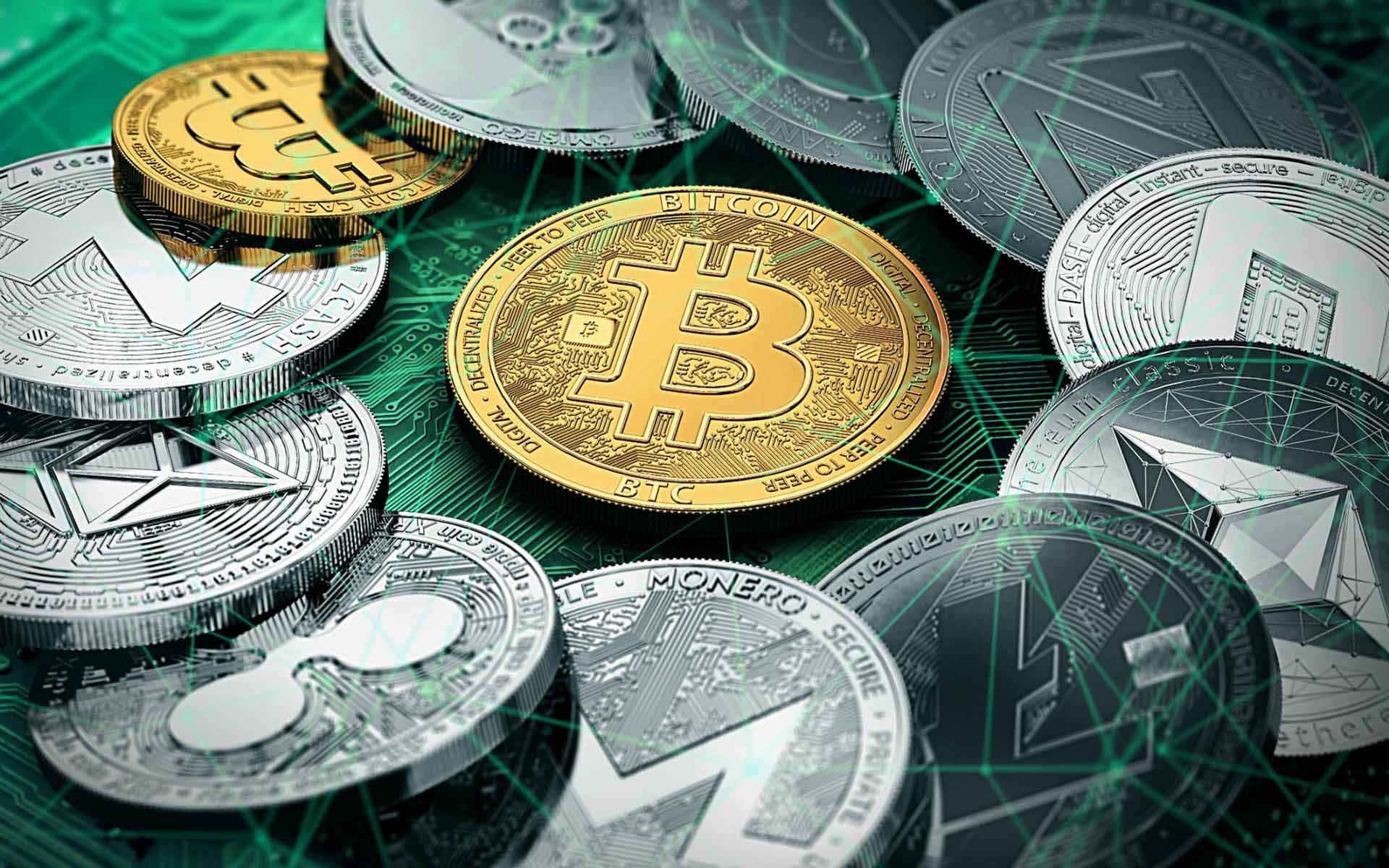 11 Altcoins to expand your portfolio

An altcoin is every other coin in the market except Bitcoin. The altcoin season is the time of the year in which altcoins are usually growing their value notably over a few weeks/months. All types of Cryptocurrencies are based on a distribution system; therefore, they are often described as distributed ledgers. Here the information is not saved in a single place, but on millions of computers in the network. Each computer saves either the full or only parts of the blockchain. Altcoins are viewed as a vital part of cryptocurrency portfolio diversification.

We have carefully selected altcoins on the market which we believe to be genuine in their intention and may improve on Bitcoin to establish themselves as the leading cryptocurrency.

Cryptocurrencies other than Bitcoin (BTCUSD) come under Altcoins. Generally, the purpose of altcoins varies from bitcoin such as, altcoin developers might focus on efficiency, privacy, speed, or other technologies. Their characteristics are shared with Bitcoin but vary in other ways. For example, some altcoins use a different consensus mechanism to produce blocks or validate transactions or they distinguish themselves from Bitcoin by providing new or additional features or capabilities, such as smart contracts or low-price volatility.

Why should I invest in altcoins?

There are various reasons to invest in altcoins. They are extraordinary coins and are better than bitcoin. Unlike bitcoin these cryptocurrencies are new and most of them are undervalued. Some have huge potential but are still undervalued. It tells us many people are not aware of it. If we can find such altcoins which are undervalued and have a huge potential in the future then we can benefit from it and can earn a fortune of a lifetime by investing in it.

There are over 14,000 cryptocurrencies. According to CoinMarketCap, Bitcoin and Ether alone accounted for nearly 60% of the total cryptocurrency market in November 2021. Altcoins ruled the other 40% of the market. Analysts predict that the maturity of cryptocurrency investing ecosystems and the development of new markets for these coins will make price movements for altcoins independent of Bitcoin's trading signals. [1]

Tokens are issued by projects that operate using protocols from existing blockchain networks, AAVE, for instance, is an ERC-20 token, since it follows specific protocols on Ethereum networks.

Ether, as although it offers differences to Bitcoin in many significant areas, has performed exceedingly well in the market and offers improvements in functionality and intrinsic value, which has been a key critique of Bitcoin in the past. The lack of presence of intrinsic value is often thought to be the biggest issue within Bitcoin; that has caused many to speculate that Bitcoin is an asset bubble: there is no secondary function to act as a safety net, nor offer guidance as to what value should be put onto it. The Ethereum network may be a solution to this issue. One could expect the price of Ether to be less volatile than that of other cryptocurrencies since its price has more contributing factors than just investor speculation. The inner workings of Ethereum are significantly different from Bitcoin, such as it has 14 s block times, an unlimited supply, and its blocks are capped by their cost of computation. This makes comparisons between its performance and Bitcoin’s fairly redundant when trying to isolate the value of specific changes. Ether’s greater functionality offers the greatest threat to Bitcoin’s dominance in the market.

Ethereum has started implementing a series of upgrades called Ethereum 2.0, which includes a transition to proof of stake and aims to increase transaction throughput using sharding (A database shard, or simply a shard, is a horizontal partition of data in a database or search engine. Each shard is held on a separate database server instance, to spread the load.)

Solana is the new altcoin in the market, is innovative, and is expected to shake the blockchain world. The platform incorporated innovative features which allow it to operate up to 50,000 transactions per second. Anatoly Yakovenko, a former contributor to Qualcomm and Dropbox[2], founded and announced the platform in 2017 when he published the Solana whitepaper. Together with Eric Williams and Solana’s CTO, Greg Fitzgerald, the team aims to make Solana a distributed protocol to deal with the traditional issues that exist on the Bitcoin and Ethereum blockchains.

Solana is a programmable blockchain that attempts to perform high-speed transactions without losing its core feature, decentralization. The network uses a novel mechanism called the proof-of-history. SOL, the blockchain’s native token, is used for transaction fees and can also be staked. Solana directly competes with the Ethereum network.

Buyers from around the world are interested in Solana, given its rapid business development and growth. More crypto exchanges by the day are listing SOL for trading against fiat or other cryptos. The platform is an upgraded blockchain that solves many of the issues that well-known blockchain experiences. Ethereum 2.0 is yet to come out, so there’s a chance that Solana could find a strong foothold in the market.

Polkadot (DOT) is an open-source, decentralized web that was started in 2016. Founded by Gavin Wood the co-founders of the Ethereum network. Polkadot is an integral part of the Web 3.0 Foundation in Switzerland it aims to address all the issues and problems surrounding blockchain technology. Polkadot is interoperable, upgradeable (Soft forks[3]), and allows smart contracts & new blockchains creation. Hence it is termed the “Blockchain of Blockchains”.

The benefits of Polkadot are many. It is a superfast network that has well-designed architecture. Polkadot can process 1,000,000 transactions per second. With the help of the Relaychain, it can process the transactions faster on the specific Parachains without fretting about network congestion.

As of now, Polkadot is the only blockchain that supports network interoperability within and outside its ecosystem. Internally, Parachains built with Substrate can communicate and connect with the Relay chain. Externally, blockchains like Cardano or Ethereum can connect with Polkadot using bridges. After entering into the top 10 cryptocurrencies club by the Market cap, Polkadot has become an investor’s favorite.

Binance Coin is an Ethereum-based ERC-20 token. It has a limit of 200 million tokens. Half of the coins were sold in an ICO in July 2017, while 10% went to angel investors and the founding team kept 40%. BNB was initially based on the Ethereum network but is now the native currency of Binance’s blockchain, the Binance chain.

The main purpose of Binance Coin is to be used as a medium of exchange on Binance, one of the most popular cryptocurrency exchanges; the price of Binance Coin rose 22,000% in the first six months after it was issued, surpassing Bitcoin and Ethereum.

Traders who hold BNB tokens get discounts when using BNB to pay for trading fees on Binance. As of 2020, BNB users received a 6.25% rebate on trading fees. Binance Coin also serves as the native token for Binance’s decentralized exchange (DEX).

Meme coins traditionally haven't provided much value for investors, they're increasingly offering high returns. If you do add one to your portfolio, be aware that they're especially high-risk investments.

A meme that ended up with actual monetary value. Favored by Shiba Inu’s worldwide, dogecoin was invented by Jackson Palmer in 2013 and became something of a fad in the cryptocurrency world. Dogecoin’s value largely comes “tipping” DOGE at some websites. The most prominent example of this is holders donating Dogecoin to Reddit users for posts they enjoyed. Dogecoin eventually became the second most “tipped” cryptocurrency after Bitcoin and the market for Dogecoin exploded to a peak of $60million market cap in early 2014.

The coin’s present-day status remains that of a lighthearted, fun community-based project that rewards forum posts. Dogecoin still possesses one of the most active communities of any cryptocurrency and supporters are in hope that one day the coin will return to its position as one of the internet’s most tipped coins.

A stablecoin is a digital currency that is linked to an underlying asset such as a national currency or a precious metal such as gold. The main types of stablecoins include fiat-backed, cryptocurrency-backed, and commodity-backed stablecoins. Stablecoins are less subject to volatility. They maintain much of the appeal of other cryptocurrencies, however, allowing investors access to a new and evolving asset class.

Binance USD (BUSD) is a new USD-denominated stablecoin. BUSD is 100% backed by either or both fiat cash and/or U.S. T-Bills. BUSD was created in partnership between the largest and most trusted companies in the crypto space. BUSD is approved and regulated by the New York State Department of Financial Services and is fully collateralized.

Purchase of BUSD is made either on the open cryptocurrency market or on Paxos. These organizations mint new BUSD for the buyers. BUSD can be converted back to USD in the same way. Investors use BUSD to get guaranteed gains, improve liquidity and dodge the fluctuating prices in the crypto market.

The escalated growth accomplished by BUSD is only predicted to continue. Providing several features already BUSD has already proven as leader of the market and a model stablecoin, providing investors a safe substitute to most stablecoins.

Unlike BUSD, DAI is a crypto-collateralized stablecoin that tracks the USD, created in December 2017. To make the price of DAI stable, creators overcollateralized it with crypto to make up for its volatility.

For example, for a 1.5x collateral if ETH is $3000, you need to provide 1 ETH for 2000 of DAI, but this changes with the market. If the price of your collateral falls lower than a certain level, you’ll be liquidated or incur a fee. Hence most users provide more collateral than required to be safe.

Short of decentralized finance, DeFi is an umbrella term for financial services on public blockchains, mainly Ethereum. DeFi does most of the things that a bank does like earn interest, lending and borrowing, buy insurance, trading assets, etc., only faster as it won’t require any paperwork. DeFi coins are Open, Pseudonymous, Flexible, Fast, and Transparent making them versatile creating many ways to earn rather than just holding.

Uniswap minted the UNI token in September 2020 to enable community ownership after years of successful operation and on its way to total decentralization. Uniswap is the largest decentralized exchange (DEX) operating on the Ethereum blockchain.

Uniswap is one of the first decentralized finance (DeFi) applications to gain a lot of traction on Ethereum launching in November 2018. No ICO or coin sale is uncommon for DeFi projects. Uniswap distributed 40% of the tokens to its founders and almost a 150million UNI tokens to its old users and the rest to liquidity mining pools.

The Uniswap model became highly popular and has been adapted into many different blockchains. Owning at least 1% (10million UNI) provides the holders with governance rights, allowing them to create and vote on proposals. The voting power is decided by the number of UNI tokens you hold in your wallet.

Being Pancakeswap’s native token it is the most popular decentralized exchange (DEX) on the Binance Smart Chain (BSC) blockchain. In comparison to exchanges like Uniswap, which runs on Ethereum, Pancakeswap is way cheaper and trades settle faster.

It has a complex tokenomics design that balances the emission of new coins with the burning of the old ones. CAKE tokens are gained through farms, lotteries, and syrup pools. CAKE is used to mint an NFT. CAKE is a governance token that investors can use to vote on proposals related to the pancakeswap exchange.

Altcoin investment can be a good option to expand your portfolio. If you’re new to cryptocurrencies, going through some of the mentioned projects above is a good place to start. Investing in large market-capital cryptocurrencies will involve lower risk than the smaller or more recent projects. On a whole, the prime advice we hand you is to always do your own research before you start investing in cryptocurrency. 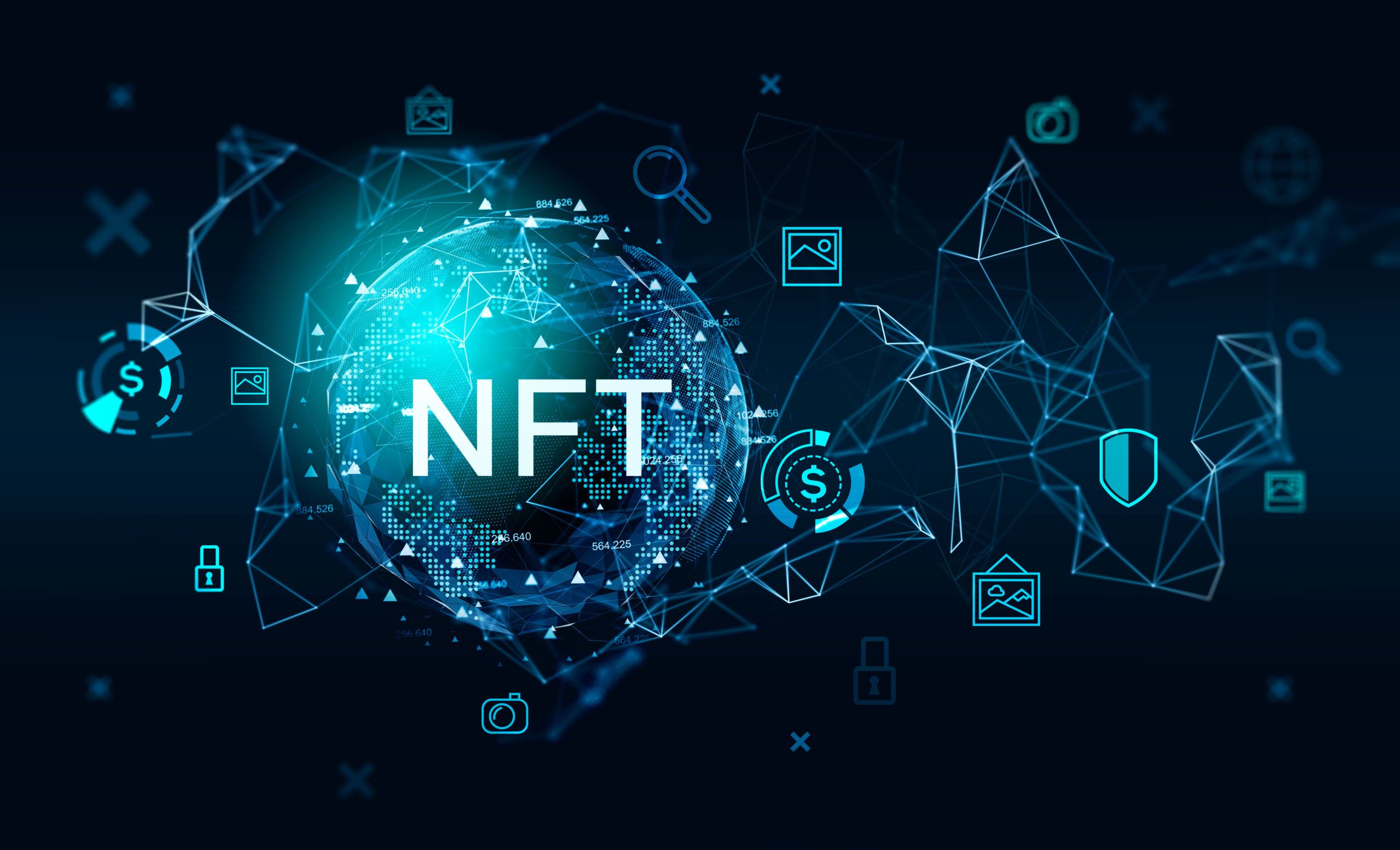 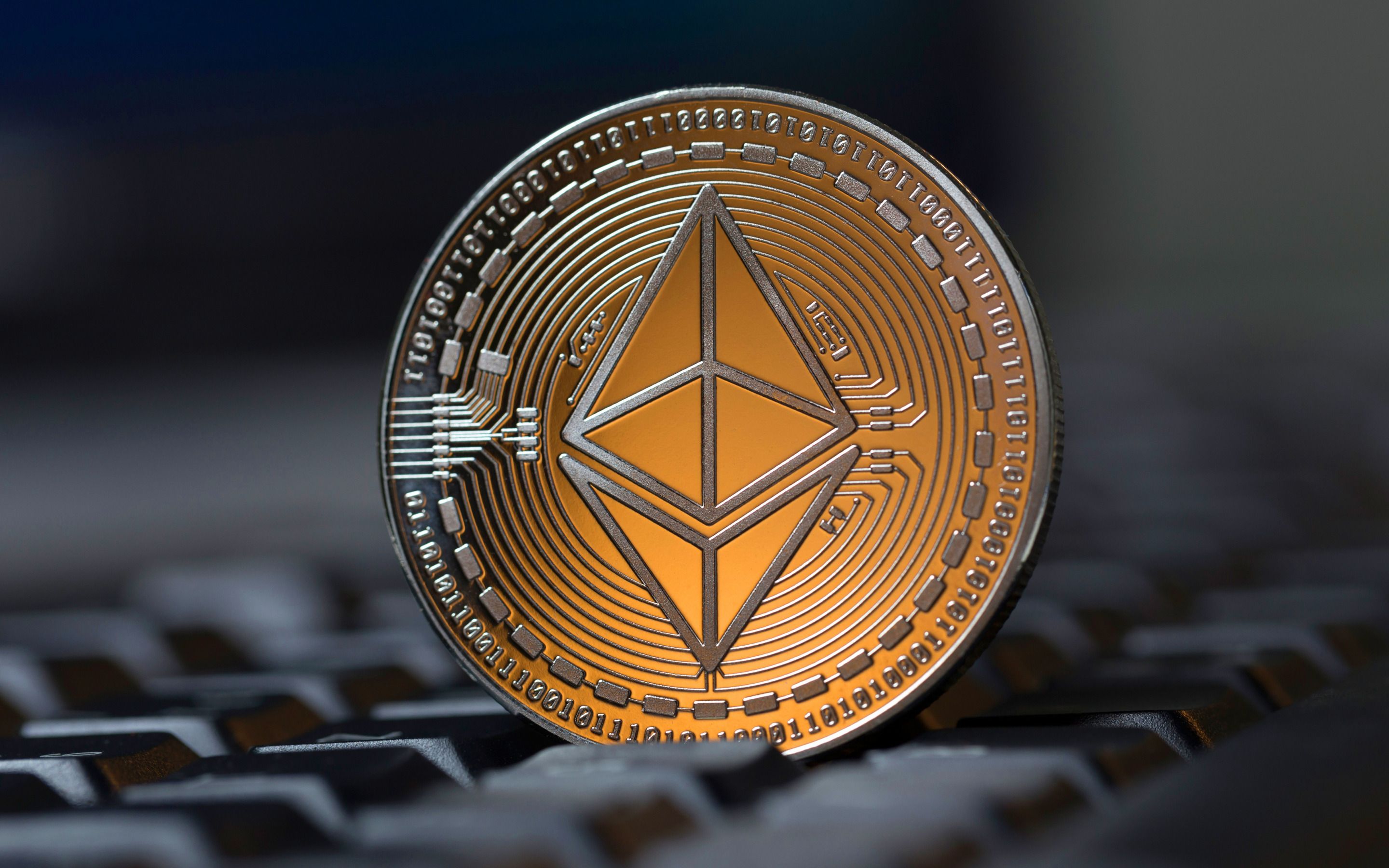 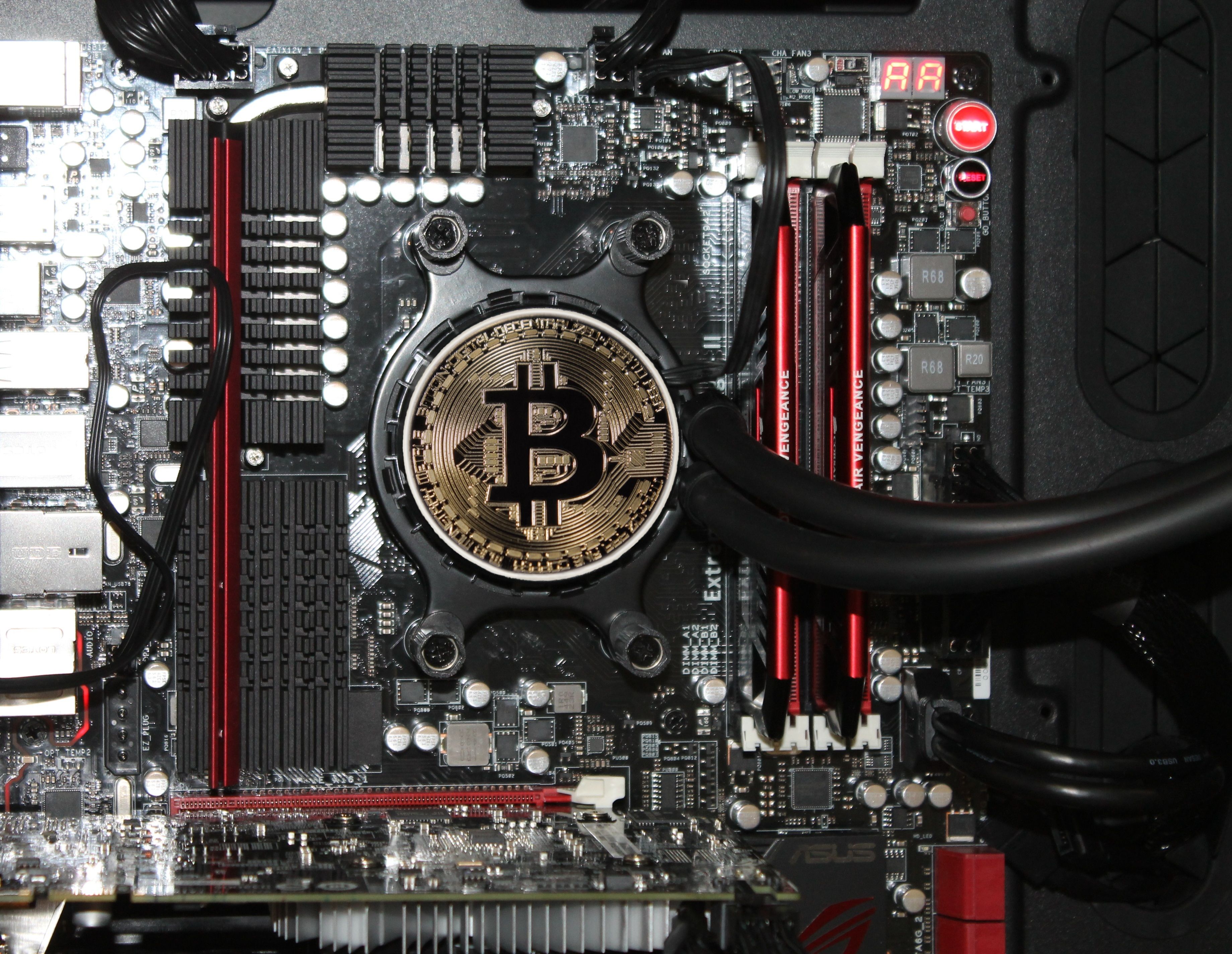 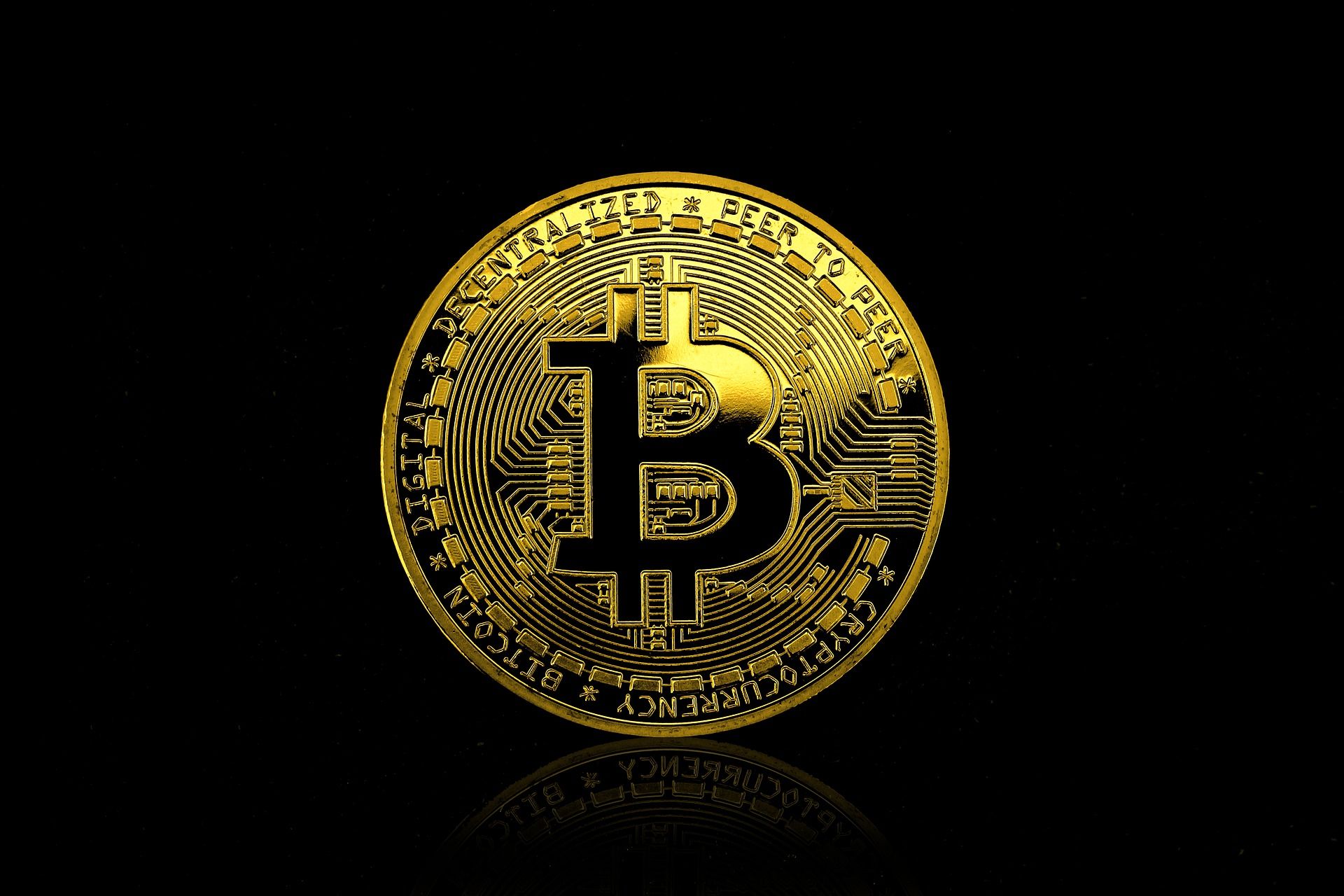 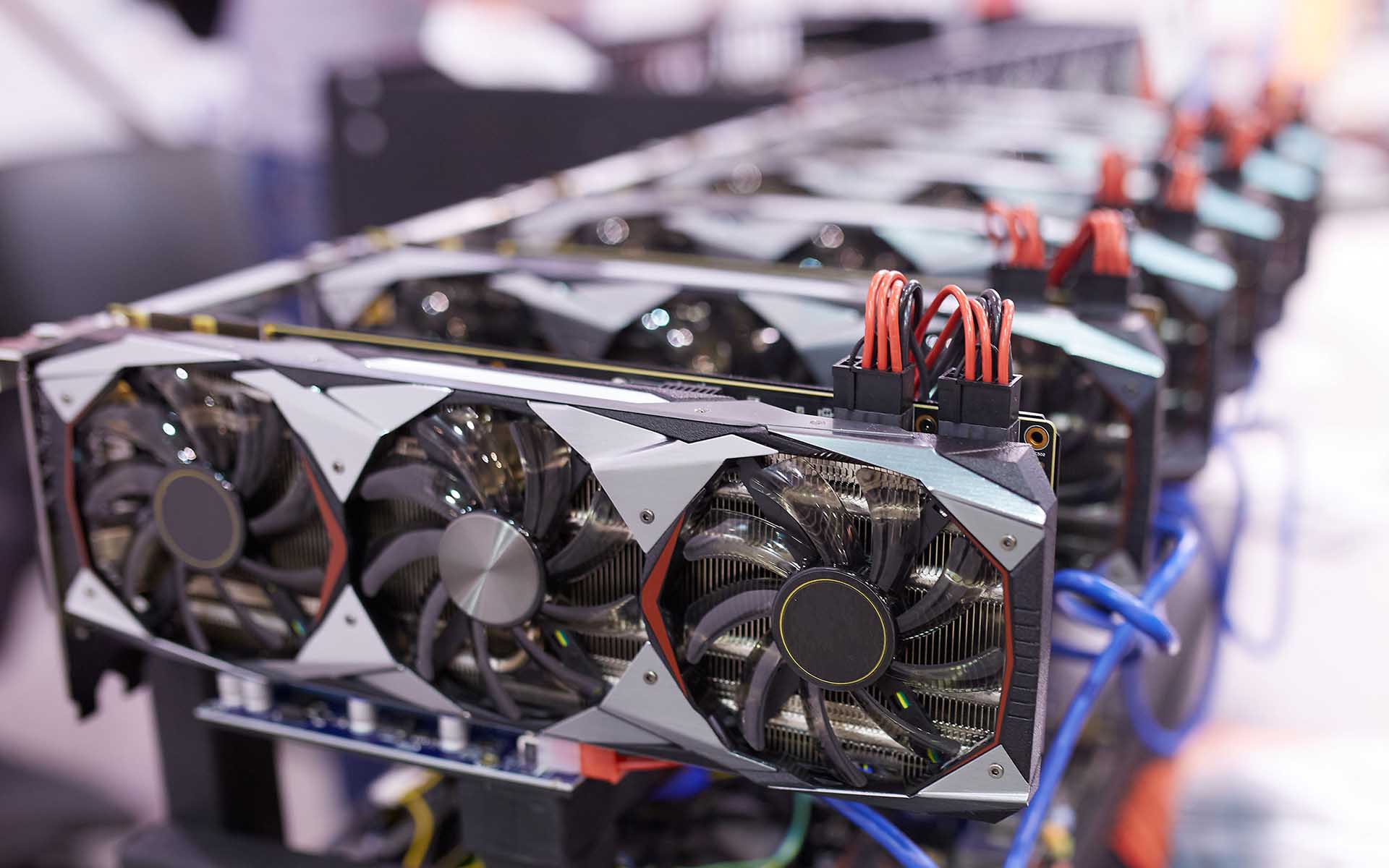 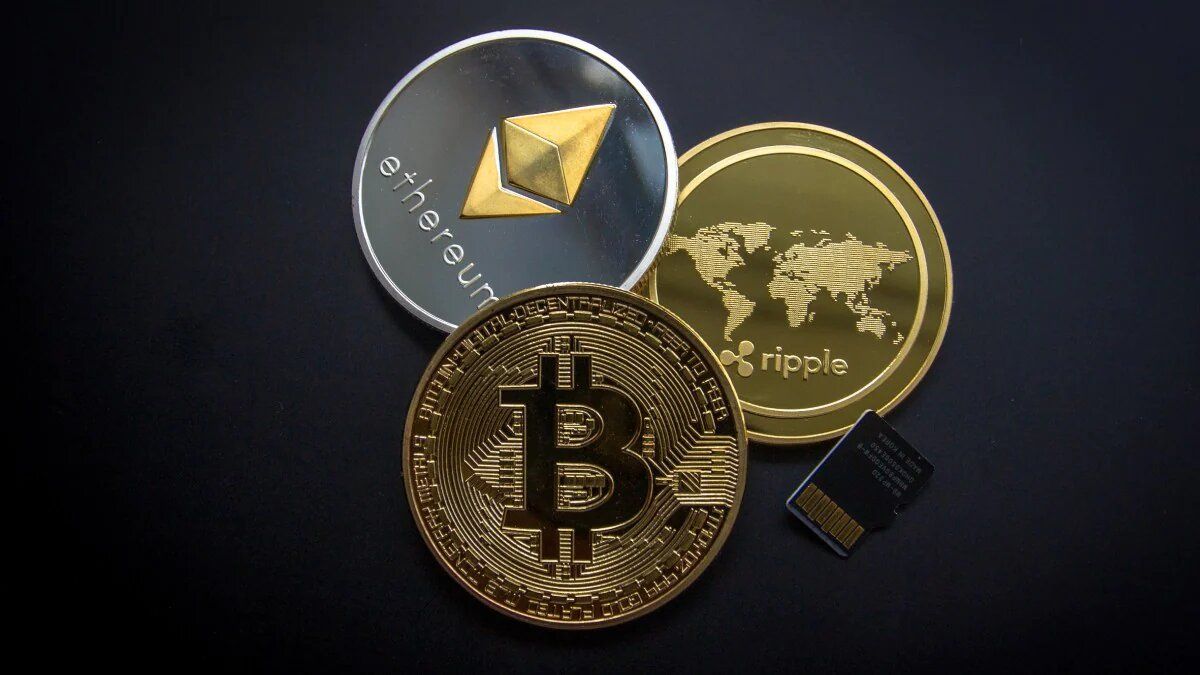 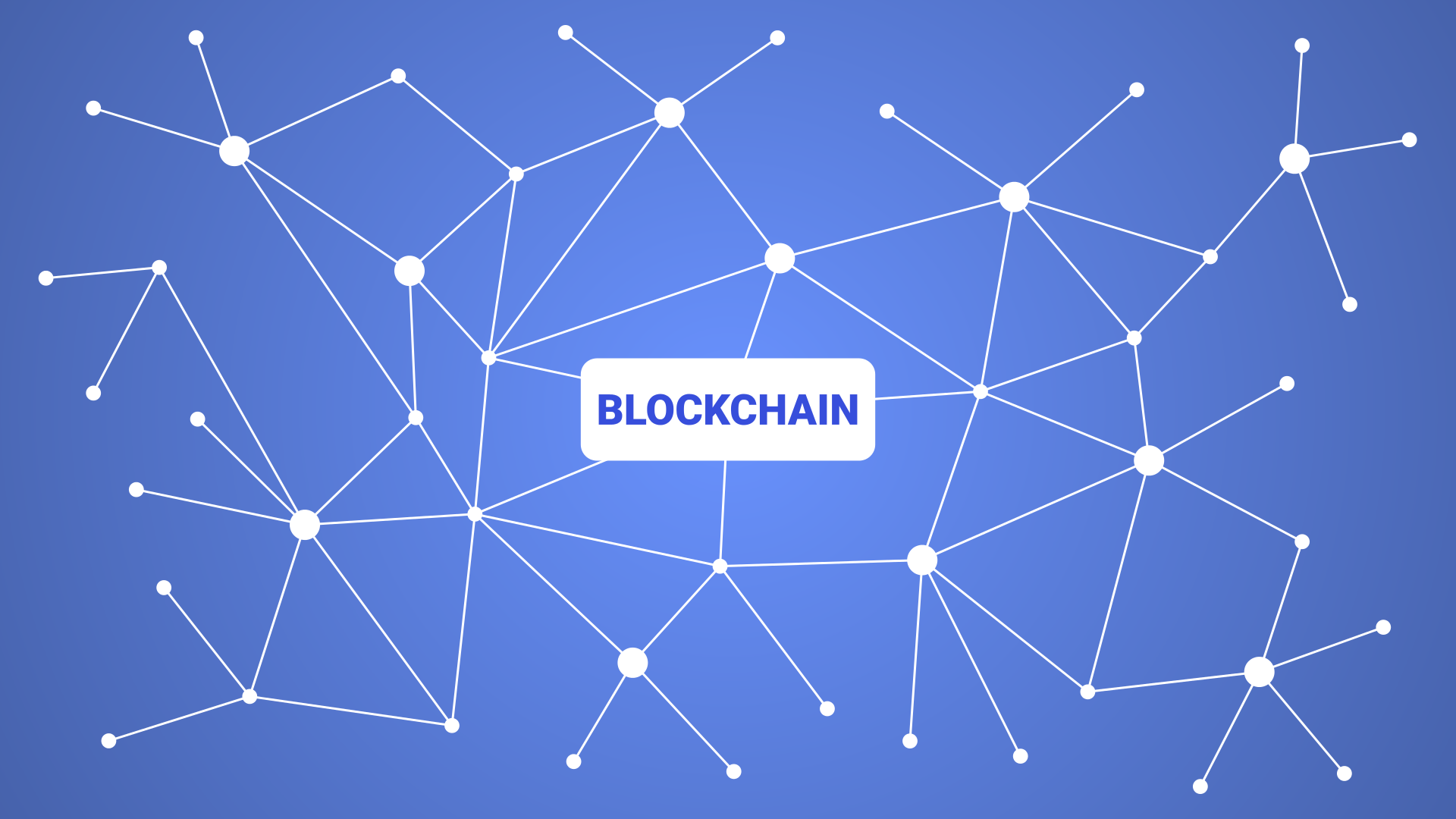 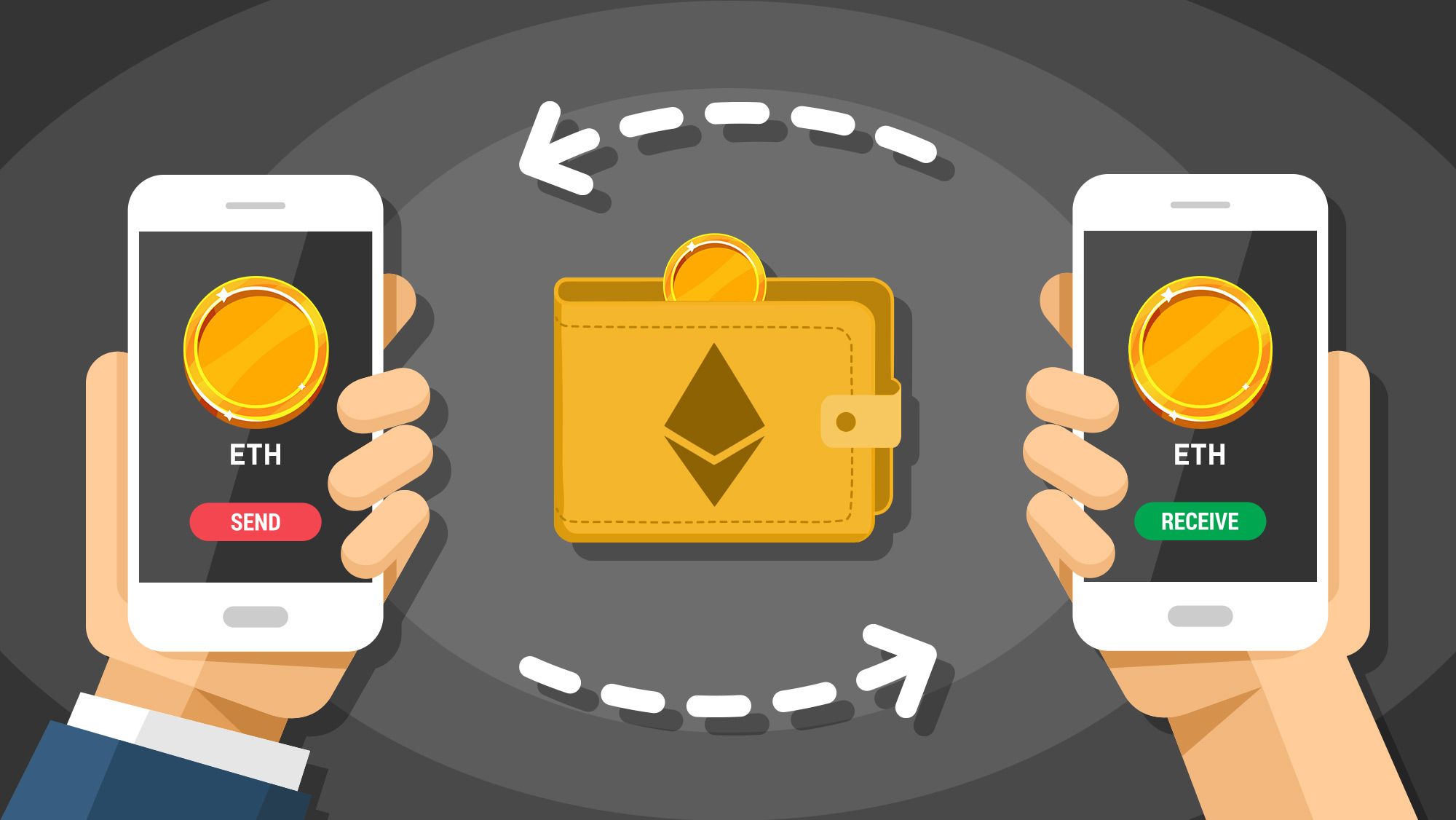